“We are very excited about the addition of Max and Mike,” St. John's University head coach Derek Daehn said. “They come from a great program having played at a high level at Duluth and also have some great experience while in college as coaches.

"They will add a lot to our program.” 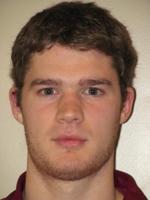 Thomas-Olson is originally from Minneapolis, Minn. where he attended Southwest High School. After high school Thomas-Olson spent a year playing lacrosse at C.W. Post (NCAA Division II) in New York. Thomas-Olson transferred to the University of Minnesota-Duluth where he majored in Financial Markets, Finance.

During his three years at Duluth, Thomas-Olson was voted captain his junior and senior year and he was selected as a two-time MCLA Scholar Athlete as well as an Academic All-American his senior year.

Thomas-Olson has coached youth lacrosse for three years and has coached high school for the past two years. 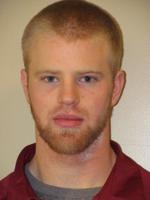 Becken is originally from Bloomington, Minn. where he attended Bloomington Jefferson High School. During Becken’s senior year of high school he was named a Defensive All-American. Following his graduation, Becken enrolled at the University of Minnesota-Duluth to pursue a degree in Financial Markets, Finance.  In 2009, Becken was selected to play on a U-19 traveling team that played in Australia where he was awarded the role as captain and was named a tournament all-star.

While at Duluth, Becken was a three-time MCLA Scholar Athlete, a two-time UMLL Defensive Player of the Year and was selected to the First and Second Team All-American Defense in 2011 and 2012, respectively.  During his senior year at Duluth, Becken was voted by his peers as a co-captain.  In addition, Becken has been coaching youth lacrosse for four years and has coached a high school select team for two years.

"I think we have a great group of coaches," Daehn said. "They will help develop our younger guys while also pushing our top players to take the program to an elite level."

Daehn is entering his fifth season with the Johnnies and has posted an overall record of 51-16 during his first four seasons.