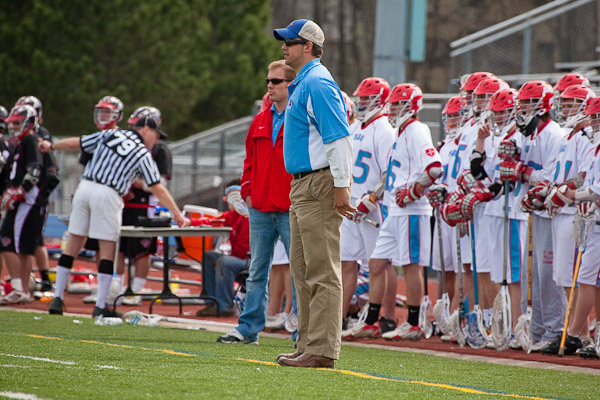 St. John's University coach Derek Daehn was selected by the US Lacrosse Men's Collegiate Officials Committee as a recipient of the James "Ace" Adams Sportsmanship Award.  A total of 11 award winners -- representing each of the 11 officiating districts -- were announced at the 2014 US Lacrosse National Convention in Philadelphia, Penn. on Jan. 11. 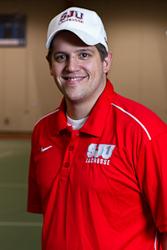 "I'm extremely honored to have been selected as a recipient of the James 'Ace' Adams Sportsmanship Award," Daehn said. "This is an enormous honor both for me personally and the St. John's University lacrosse program."

According to the US Lacrosse press release, the award exemplifies the tradition of sportsmanship in lacrosse by Ace Adams, the coach of the United States Military Academy (Army), University of Pennsylvania and University of Virginia in the 1960s to the 1990s.  Adams won not only by being good a coach, but also by playing fair.  He won several championships and the USILA Coach of the Year award in 1961.

Daehn was chosen as the District 7 head coach of a college or university whose coaches, players, and fans exhibit the best sportsmanship throughout the season.  He is one of four MCLA coaches and one of two MCLA Division II coaches selected for the award.

"I look at this honor as an overall team award," Daehn said. "I feel as though our team prides itself on exhibiting a high level of sportsmanship and a lot of that comes with the persona of being a 'Johnnie'.  Sportsmanship is instilled into freshmen when they arrive at St. John's through the Benedictine Values taught during orientation and throughout their time on campus.  Those values are the foundation of sportsmanship and that translates on the lacrosse field, in the classroom and representing St. John's away from campus.

"While the award may be in my name as head coach, this is really an award for the entire St. John's University lacrosse program."

The full list of recipients, as voted on by each districts' officials, include:

"To see our school and my name listed with the other award winners is extremely humbling," Daehn said. "Again, this is a tremendous honor.  It is great to see our program be recognized by US Lacrosse and the Collegiate Officials Committee for our successes on and off the field."

St. John's who was 13-3 in 2013 and reached the MCLA DII semifinals, begin the 2014 season with exhibition games against Minnesota State University-Mankato (Feb. 7) and the University of Minnesota (Feb. 9).  The regular season begins on Feb. 28 when the Johnnies host Grand Valley State University at Concordia University in St. Paul, Minn.

Click the link above for a list of the Benedictine Values taught at St. John's University & College of St. Benedict