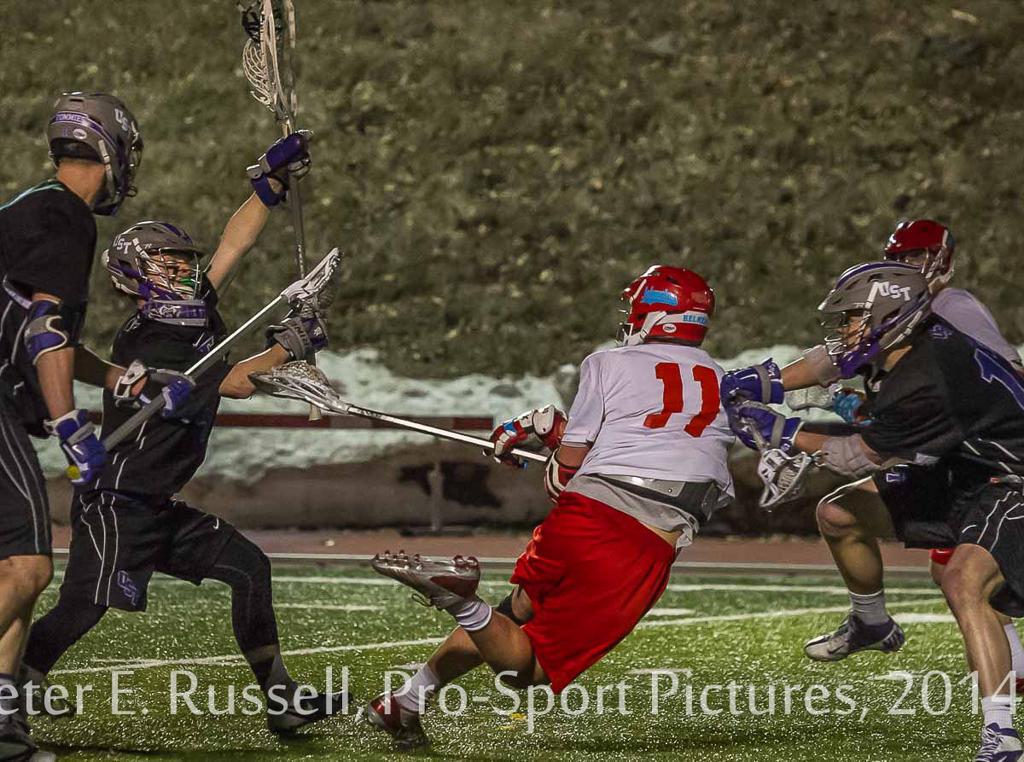 St. John’s University scored the final two goals of the game including a game-tying goal with nine seconds left in the fourth quarter and the game-winning goal in overtime to defeat the University of St. Thomas, 11-10, on Friday, April 11 in Collegeville, Minn.

“This was obviously a huge game for us,” St. John’s coach Derek Daehn said. “While our main goal every year is to win a national championship, we always circle the game against the Tommies on our calendars. The crowd and the atmosphere was unforgettable.

"It’s a big win for the program and for this team.”

Friday's game was the 18th meeting between the two rival teams. Both teams now have nine wins in the series.

Senior attackman Jake Helmer kicked off the scoring on a goal assisted by junior midfielder Andrew Fairbairn to put the Johnnies up early but the Tommies would respond with three straight goals and seemed to be in control heading into the second quarter. 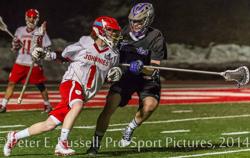 St. John’s would regain momentum by scoring twice in the final 55 seconds of the first quarter with goals by freshman attackman Brooks Armitage and junior attackman Michael Culshaw-Maurer. Helmer assisted on both goals and the first quarter ended in a 3-3 tie.

“That was a great effort by our key offensive players to tie the game back up heading into the second quarter,” Daehn said. “Some teams might play it safe or even give up on the quarter but I think it showed a lot about this team to fight to the final whistle and get points on the board. There’s no doubt that gave us a huge momentum boost.”

Continuing its hot streak in the second quarter, the Johnnie offense scored three straight goals by Fairbairn, Armitage and Helmer. St. Thomas would add a goal but St. John’s would lead 6-4 at halftime.

Both teams would score twice in the third quarter and the Johnnies still held an 8-6 lead heading into the fourth quarter.

"That goal might have been the biggest goal of the game," Daehn said. "He just wanted it more than his defender. I think this was the best game of Andrew's career as a Johnnie." 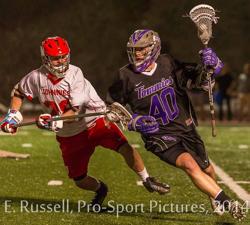 The Tommies charged back with a goal from senior midfielder Joe Palermo and two goals from sophomore attackman Dan Burke giving St. Thomas its first lead of the game since the first quarter.

“You could tell St. Thomas wasn’t going to give us the game and we knew they wouldn’t quit,” Daehn said. “We knew we were in a battle and it was going to come down to the wire.”

Following a timeout and with time winding down in the fourth quarter, Armitage scored the game-tying goal with nine seconds remaining in regulation assisted by St. John’s junior midfielder Ben Martynec.

Shortly into the overtime session, St. Thomas goaltender Ryan Zeilinger saved a shot by Fairbairn and the Tommies initiated their clear. As the Johnnies were on the ride, Helmer intercepted a pass by St. Thomas defenseman Benjamin Lucius intended for Zeilinger behind the Tommies' goal, dodged his way to the front of the cage and scored on a bounce shot into the empty net. 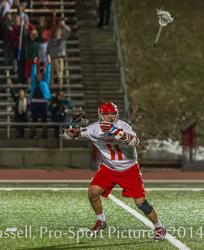 “He’s a big-time player that made big-time plays,” Daehn said. “He’s already the program’s all-time leading scorer but that was probably one of his best performances.”

Helmer finished the game with six points (three goals and three assists) and Fairbairn had five points (three goals, two assists). Both were recognized by Daehn and presented game balls for their efforts in the Johnnies' 11-10 victory.

St. John’s improved to 7-2 overall and 3-0 in the Upper Midwest Lacrosse Conference while St. Thomas fell to 5-3 and 1-2 in conference play.

Next up for the Johnnies is a matchup on Tuesday, April 22 at 8:30 p.m. in Fargo, N.D. against North Dakota State University (7-2, 3-0) currently the No. 2-ranked team in the Men’s Collegiate Lacrosse Association. St. John's is currently the No. 3-ranked team. The red-hot Bison will be trying to go undefeated in UMLC play for the first time in program history.

“As great of a game as that was beating St. Thomas, we need to have a short memory,” Daehn said. “It was obviously a great win over our biggest rival but we can’t make that our ‘Super Bowl’. We have to immediately turn our attention to North Dakota State and remember our main goal.”

Peter E. Russell is a photographer who shoots sports, landscapres and architecture. He has a passion for sports photography and enjoys photographing lacrosse games. In his words, "action sports are dynamic, always changing, and fluid, which allows for lots of opportunities as a photographer." Peter generously offered the images used in this article but has many more photos on his webpage available to view and purchase. Limited licensing for commercial purposes is also available. All images are copyright Peter E. Russell and Pro-Sport Pictures.

Click the link above to view and purchase more pictures!