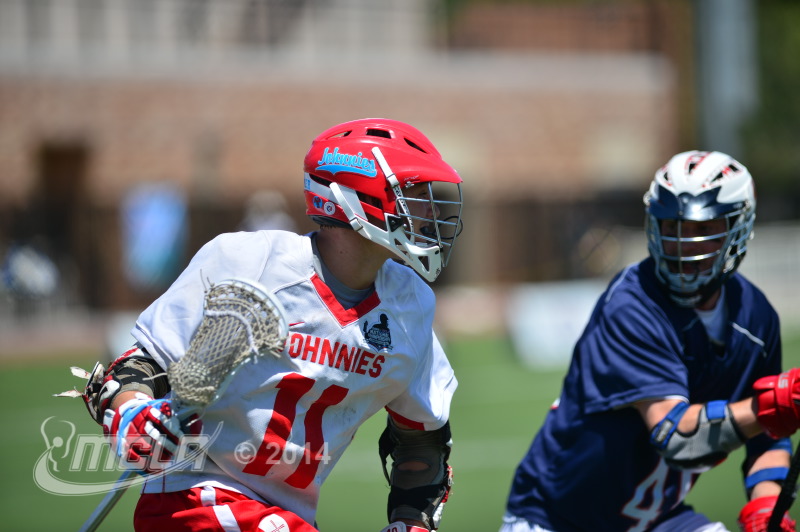 St. John's senior attackman Jake Helmer scored two goals and had two assists in the Johnnies' 14-9 victory over Dayton in the 2014 MCLA DII National Tournament Semifinals on Thursday, May 15. Photo courtesy of the MCLA

Playing in its third Men's Collegiate Lacrosse Association (MCLA) DII National Championship game -- and first since back-to-back appearances in 2006 and 2007 -- No. 2-seeded St. John's will take on top-seeded Grand Valley State University on Saturday, May 17 for the title.

"This is what our goal has been since day one," St. John's coach Derek Daehn said. "We've been working towards this game as a team all year and we're excited to be playing in this game."

"We've played some extremely talented teams on the way to the championship game," Daehn said. "There hasn't been one easy game and I think that will help us."

St. John's ends its seven-year drought of championship game appearances. The Johnnies lost to San Diego in 2006 and Montana in 2007, prior to both teams making the jump to Division I.

"While none of the players on our current team played in those games, there is no doubt in my mind that our team's history motivates these players," Daehn said. "We have an amazing dynamic where all players, past and present, still feel like part of the team."

St. John's will need more than the support of alumni and family to take home the title.

The Lakers are making their third appearance in the MCLA DII Championship game losing to Westminster in 2008 and St. Thomas in 2012.

"Grand Valley State is a very good team," Daehn said. "They are well-coached and have very talented players. We know first-hand how good they are."

The Johnnies kicked off the 2014 season with a 15-11 victory over Grand Valley State on Feb. 28 in St. Paul, Minn. In six historical meetings, St. John's has a 5-1 record over the Lakers.

Daehn knows those past games mean very little in a championship game.

"Regardless of the history between our two teams, it all comes down to one game," Daehn said. "We know we're going to get their best game and we have to match that effort.

"We need to play the best Johnnie lacrosse our program has ever seen for all sixty minutes, give 120 percent and leave it it all on the field."

Led by a powerful offense and traditionally strong defense, St. John's has outscored its opponents 207-110 during the 2014 season. 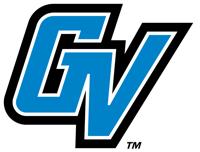 A live stream of the game will be provided by the MCLA:  http://mcla.us/national_tournament/2014/1/live.html.