Johnnies kick off season at No. 5 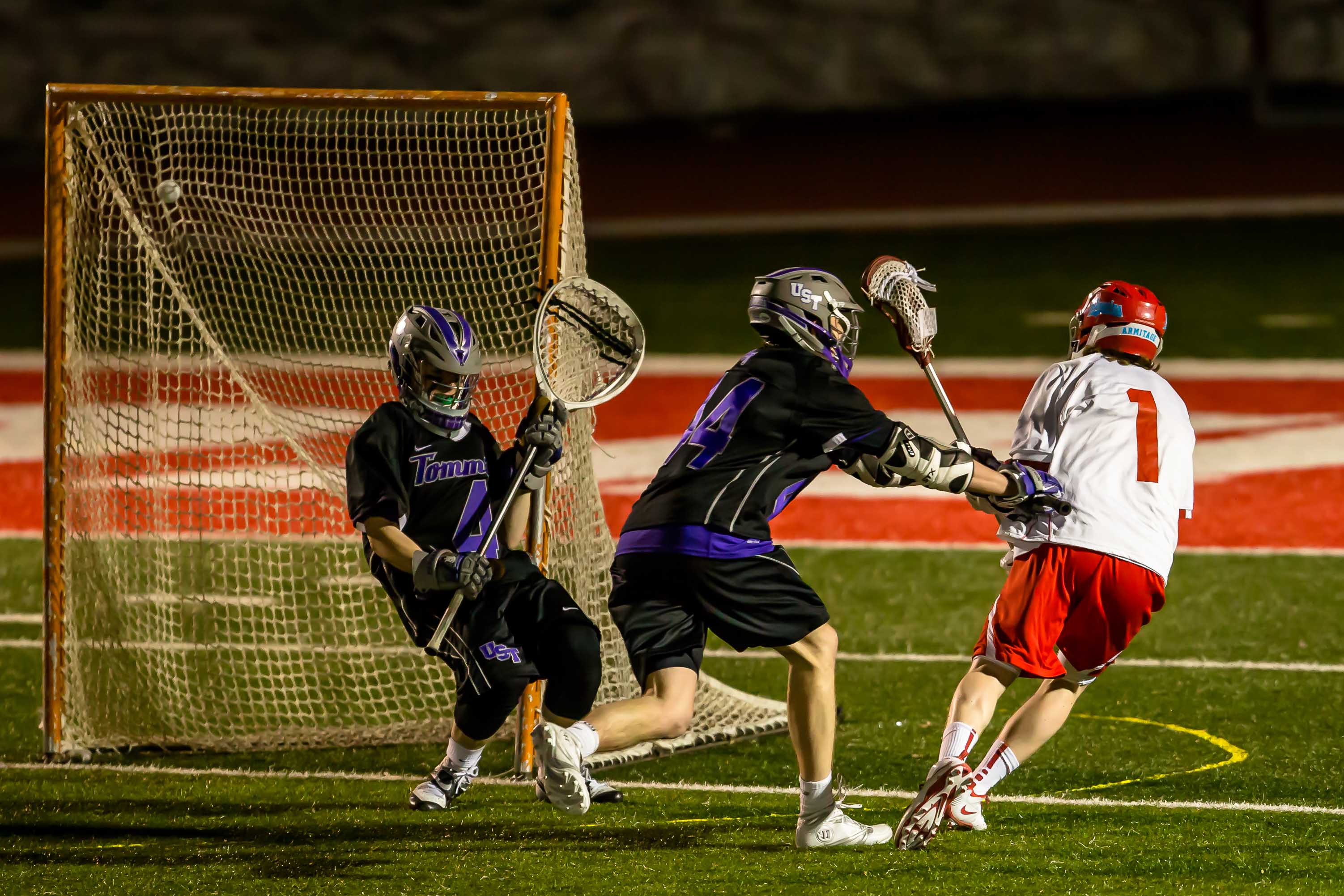 Junior attackman Brooks Armitage (1) had three goals against St. Thomas leading the Johnnies to an 11-10 overtime win back in 2014. Photo by Steve Sanner

ATLANTA, Ga. – With the start of the season just two days away, the MCLA has released its Under Armour Top 25 preseason poll for both Division I and Division II, and the defending national champions are atop the list in both divisions.

In Division I, Grand Canyon leads the way. The Lopes defeated Colorado in last year’s national championship game, 9-8, and the Buffaloes are slotted one spot behind GCU in the preseason poll. Virginia Tech, Chapman (Calif.) and Arizona State round out the Top 5.

In Division II, Dayton gets the nod. The Flyers beat Concordia (Calif.) in last year’s national championship game, 12-11, and the Eagles are slotted one spot behind Dayton in the preseason poll. Three Upper Midwest Lacrosse Conference (UMLC) squads – St. Thomas, North Dakota State and St. John’s – round out the Top 5.

The MCLA season gets underway on Friday night with a pair of games. In Division I, Auburn travels to Miami (Fla.) for a 7 p.m. contest while when Texas A&M at Corpus Christi entertains Louisiana-Lafayette at 6 p.m. in Division II. The season culminates from May 9-14 at the MCLA National Tournament powered by Under Armour in Irvine and Orange, Calif.