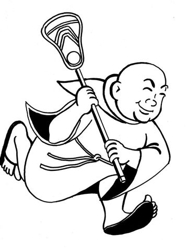 It's safe to say the St. John's University Johnnies are excited to start the 2011 season.

"We're looking forward to the 2011 season," said head coach Derek Daehn. "As any team should do going into the season we have our sights and goal of winning a national championship."

Last year the Johnnies fell short of the Final Four during the MCLA National Championship Tournament with a tough loss in the quarterfinals to Utah Valley State University.

"We've had a great run over the last few years," Daehn said. "This year's team will need to prove it can compete after losing a strong class of 2009." 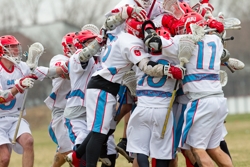 The upcoming season is sure to provide a chance for the Johnnies to prove themselves.

"There's no doubt it will challenge and prepare us for a run at our sixth consecutive MCLA National Championship Tournament appearance."

The Johnnies kick the season off with back-to-back UMLL Division II games against St. Olaf on Feb. 25 and Carleton College on Feb. 26.

For their other road trip, St. John's will travel up to the Fargo, N.D./Moorhead area at the end of the season. The trip will highlight a game against North Dakota State University.

"We also look forward to a much improved NDSU team that brought in a lot of talent in this year’s freshman class," Daehn said. "We're not going to under estimate them but we're excited to play them."

The Johnnies will host Davenport University in what has turned out to be an annual, hard-fought matchup against the Panthers who have not been strangers to the MCLA National Tournament.

"We're definitely excited for the third consecutive year of playing Davenport," Daehn said. "They have been a great opponent over the past two years and we are excited to continue this annual game."

The traditional Johnnie/Tommie match-up will take place on Friday, April 15 at O'Shaughnessy Stadium in St. Paul. The annual game has provided several highlights throughout the years and has most likely been circled by both teams.

"I believe it's going to be our toughest game and it's always a great rivalry game against the Tommies," Daehn said. "They have had our number as of late but we're excited to play them.